As an ingredient in my Oysters Voisin Bisque, oysters are a contrast.  They are as strong and impenetrable as they are gentle and delicate.  Much like the late Mike Voisin from Terrebonne Parish. 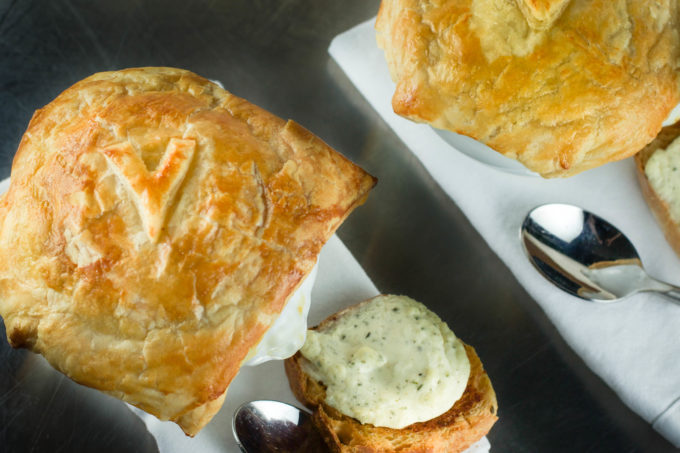 Up until his untimely passing, this great man was the champion of Louisiana’s oyster fishermen and a stalwart leader in the Louisiana seafood industry.  His pearls of wisdom are strung throughout the many successful projects and initiatives he helped lead.  It’s only fitting that Acadiana Table recognize Mike’s importance to South Louisiana culinary culture with a dish in his honor called Oysters Voisin Bisque.

As Louisiana and one of the nation’s largest oyster processors, Mike Voisin definitely knew a thing or two about harvesting the briny bivalves.  Oysters are a sensitive and vulnerable shellfish in their ability to filter ocean waters and come to flavor-filled maturity in such a short time.  But, there are many obstacles to arriving at our dinner table and over the past five years, it was an especially challenging time in Mike Voisin’s oyster world with hurricanes, oil spills and labor policy changes all inundating the state’s seafood industry. 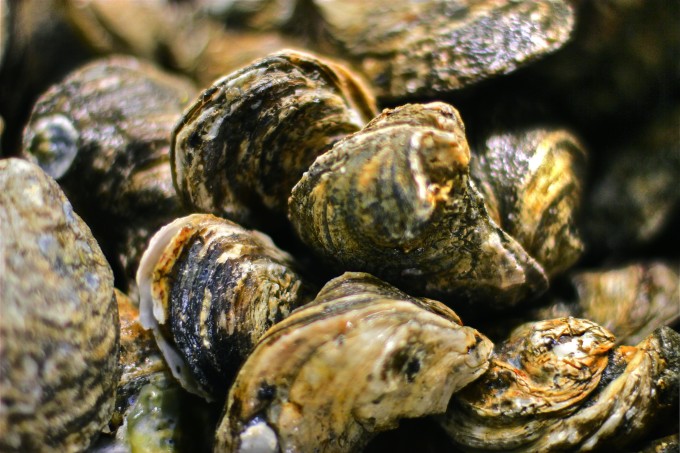 During a visit to Mike’s plant, Motivatit Seafood, in Houma, I was relieved to see that all is well with this year’s bumper harvest of Louisiana oysters coming to market.  Motivatit’s oysters from coastal Louisiana beds are especially salty and meaty with excellent oyster liquor.  It is that accompanying oyster jus that is a must-have ingredient in my Oysters Voisin Bisque recipe.

Oyster liquor is a strange concoction made naturally by the bivalve.  It is a briny and unctuous, flavor-filled liquid that has a sticky feel to it.  As an ingredient, it contributes both taste and texture in a delicate way that suspends the oysters in a bath of flavor.  It is the essence of oyster.

This Cajun recipe for Oysters Voisin Bisque has many underlying layers and cheese is one of them.  Many opt for Brie in oyster soup recipes, but I prefer Boursin as it has a smoother, creamier texture and mild flavor which pairs well with the delicate Louisiana oysters.  Boursin Garlic & Fine Herbs is made simply from milk, cream, garlic, salt, pepper, parsley and chives and is a natural Gournay cheese from the Normandy region of northern France.  The infusion of herbs and garlic give this cheese a vibrant edge that supplants the need for too many added components.  All that is needed is an accent of fresh thyme that enhances the delicate balance of the dish and, of course, spinach.

Spinach and oysters are a natural.  Not only for connection to the famous Rockefeller dish, but spinach as a leafy vegetable, has many of the same delicate traits as oysters–a perfect blend of unassuming ingredients.

A splash of Herbsaint liqueur elevates the elegance of this dish, and although used sparingly, the anise flavor is very pronounced. Herbsaint entered into Louisiana along the time that Absinthe was banned, and it caught on as a key ingredient in many Creole cocktails.  Its translated French meaning is “sacred herb” and it brings a sense of reverence to this oyster soup.

The crowning glory of this Cajun recipe for Oysters Voisin Bisque is the puff pastry that seals the flavors in and creates a golden brown delicious crust that adds texture to the velvety smooth, cream-kissed treasure inside.

I think Mike would be proud and give praise to how we’ve showcased his oysters–a gentle and delicate tribute to a great man.

Amen and pass the crackers.

Oysters Voisin Bisque with Sacred Herb
Print
Prep time
30 mins
Cook time
45 mins
Total time
1 hour 15 mins
Recipe by: George Graham - AcadianaTable.com
Serves: 4 to 6
Ingredients
Instructions
Notes
You will need to buy more oysters than you need in order to get the liquor. You can scale this recipe easily if you want to use all of the oysters. Be careful not to over season this dish since the oyster flavor is delicate and all-important. Gulf oysters are salty so be careful in adding salt at the end. Taste first.
3.5.3217
YOUR SEAT AT THE TABLE:  If you like this Cajun cooking story and Cajun recipe then accept my personal invitation to subscribe by entering your email at the bottom or top right of this page.  It’s quick and painless.  You will receive an email alert and be the first to see when new Cajun cooking stories and Cajun recipes are added.  Thanks, George.
« Crawfish Stuffed Avocado
Blood Orange Salad »