Finally, it’s time to relax.  The holiday madness is over, we’ve rung in the New Year and the Super Bowl has officially ended the party season.  Right?  Wrong.  Maybe elsewhere, but here in Acadiana, we love a celebration, and with Mardi Gras coming up, our party season is just getting started.  Parties, balls, parades — the Mardi Gras celebration in Louisiana doesn’t really stop until early March when the Lenten season calms things down.  So, with a full week of party planning still ahead, it’s time for a South Louisiana favorite – the perfect muffuletta. 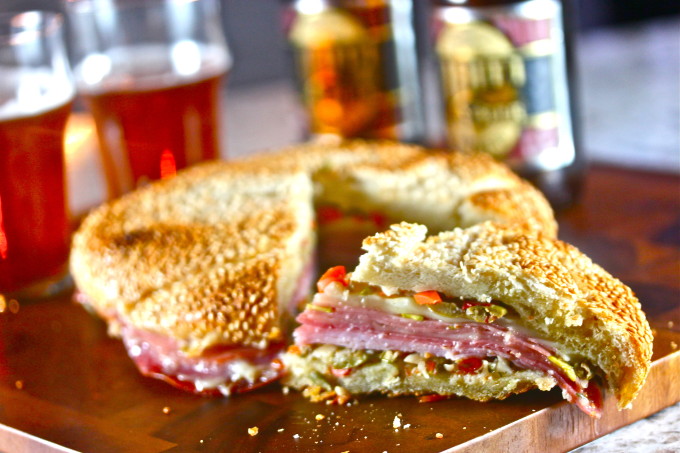 There’s nothing more New Orleans than the perfect muffuletta sandwich, but they’re tricky and I have five keys to unlocking the mystery. There is considerable argument over who has the best.  There’s even an ongoing argument over how to spell the name – “muffaletta” or “muffuletta.”  Conventional wisdom seems to put the French Market of New Orleans as the epicenter of the muffuletta universe, and clearly it is a “u” in the sandwiches seen in the many shops along the riverfront.  These are the benchmark muffulettas on which others attempt to raise the bar. 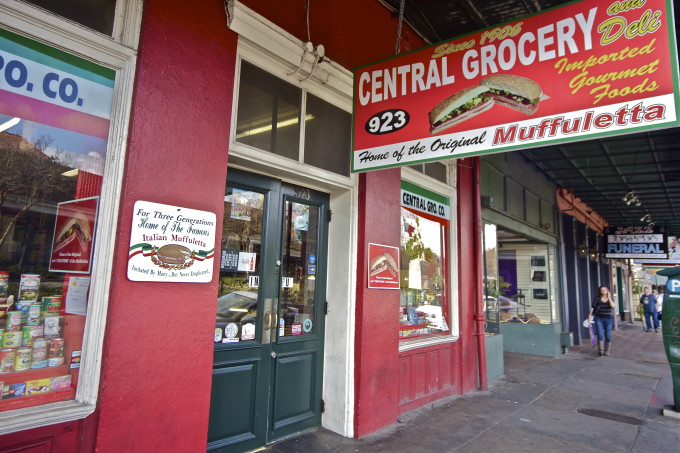 The Mecca of the Muffuletta – Central Grocery in New Orleans.

I advise that before actually making a muffuletta you should make the pilgrimage to the French Quarter and Central Grocery, the origins of this Sicilian masterpiece.  When you open the door to the neighborhood Italian grocery, the heady aroma overcomes you – potent dried oregano, pungent oil-soaked olives, spice-cured salami, freshly grated Pecorino Romano.  The colorful tins of imported Italian olive oil and row upon row of dried pastas lining the walls from floor to ceiling speak to you in a Sicilian accent.  You just know that fresh Italian ingredients are going into this handcrafted sandwich.

But, these muffs are made ahead, not to order. Why?  This is one of the keys to unlocking the mystery. Round loaves of Italian bread are wrapped tight and stacked high.  Under their own weight, the paper becomes oil-stained and dripping with the olive salad marinade, an indication of a well-soaked muffuletta.

But, can we improve upon the master artisans at Central Grocery?

There are other versions, and it is the hot, melted muffuletta at Napoleon House in the French Quarter that I intend to duplicate.  Crispy Italian bread blanketed with an herb-spiked olive salad, piled high with classic deli meats and a crown of melting cheese (it’s okay to salivate) is perfection indeed.  If you carefully follow these five key steps, I promise you will unlock the mystery of the perfect muffuletta sandwich. 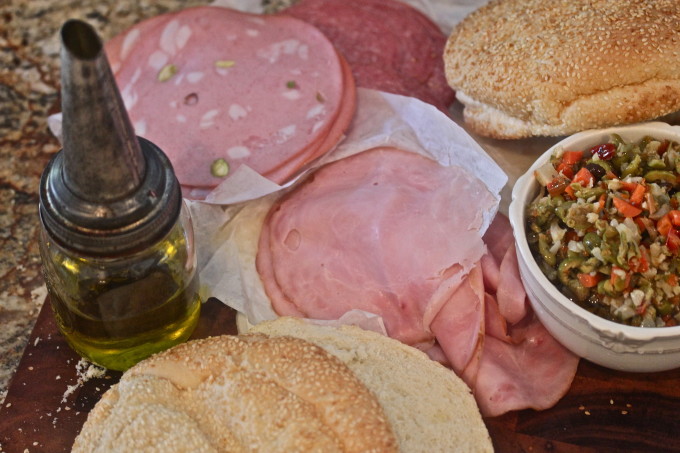 For The Perfect Muffuletta, quality Italian bread and deli ingredients are crucial.

4.5 from 4 reviews
The Perfect Muffuletta
Print
Prep time
20 mins
Cook time
20 mins
Total time
40 mins
If you source a quality jarred Olive Salad Mix, the prep time for this recipe is quite short and simple. If you make your own (recipe follows), you will need to plan in advance. Also, the prep time does not include the time it takes to compress the sandwich, so plan ahead.
Recipe by: George Graham - AcadianaTable.com
Serves: 4 to 8
Ingredients
Muffuletta Sandwich
Olive Salad Mix
Instructions
Keys to the Perfect Muffuletta Sandwich
Olive Salad Mix
3.2.2708 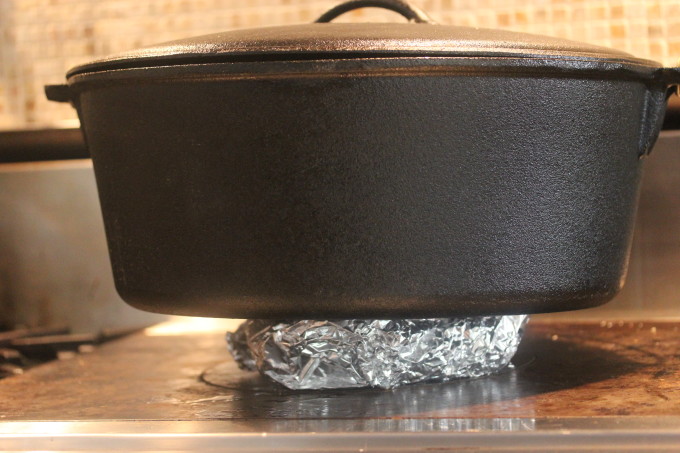 For The Perfect Muffuletta, a heavy Cajun black-iron pot makes a handy weight. 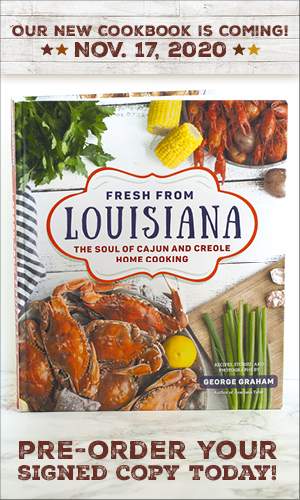