Spicy and full of Cajun flavors, this Chaurice Sausage and Egg Pie will ignite your taste buds. Pork, peppers, tomatoes, herbs, and spices turn this one-skillet breakfast dish into a cultural history lesson. 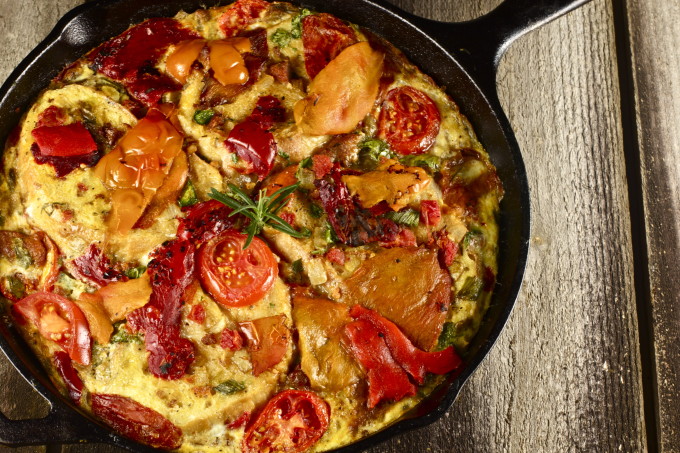 Breakfast in South Louisiana is a celebration of farm-to-table goodness.  The farming traditions of the region are rooted in a tough work ethic that is handed down through generations of French Acadian families that harvest the sugarcane, rice, sweet potatoes, soybeans, and other significant crops.  Early to bed and early to rise is the routine of Cajun and Creole farmers, and a hearty breakfast like my Sausage and Egg Pie is always on the Acadiana kitchen table.

In the 1950s and 60s, my wife’s grandparents, Clodius and Eve Fontenot, were a farming family in northern Jeff Davis Parish between Jennings and Hathaway.  As was prevalent at the time, he lived on and farmed a piece of land owned by another family in a mutually beneficial exchange.  His typical day started an hour before daylight sipping a cup of deep, dark Louisiana coffee as he headed off to the fields.  Long about 8am he returned to the house with his farm hands to sit down to a hearty Cajun breakfast prepared by loving hands.  Mo Mo Eve mixed up her Cajun recipes for biscuits and sweet dough breakfast pies from scratch and fried up fresh sausages and farm-raised eggs to feed the crew.  It was a major production, yet a daily ritual that the hungry men depended on.

Early life in Acadie was a matter of survival and making the most of what you had.  Those culinary traditions live on, and over the years breakfast remains an important and culturally significant meal in Acadiana.  French traditions at the hands of creative cooks have influenced a number of creative dishes that have become classics such as this Sausage and Egg Pie. 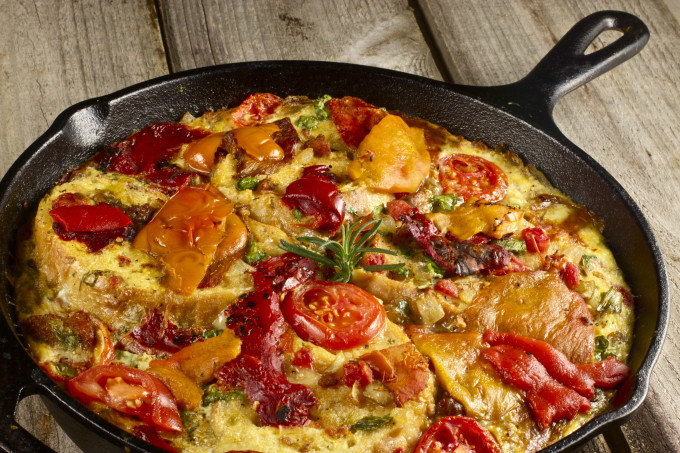 My Sausage and Egg Pie recipe focuses on a savory black iron breakfast dish that launches a spicy pepper punch on top of a smooth custardy foundation.  Fresh eggs are plentiful on rural farms of Acadiana, as are preserved peppers and tomatoes that line the shelves of every canning room. 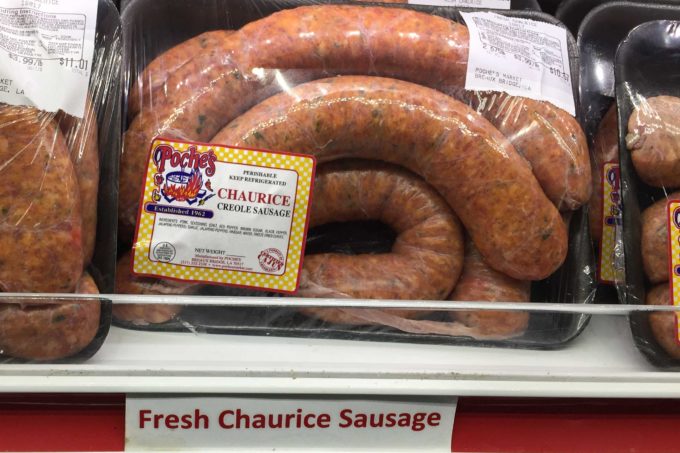 Poche’s near Breaux Bridge always has freshly made chaurice available.

Fresh chaurice sausage–a highly seasoned raw sausage–can be found more readily in the rural markets dotting the parishes surrounding Lafayette.  I love its unique peppery pork flavor, and buy it whenever I see it.  It is perfect for building an added layer of complexity for this spicy breakfast dish.  Serve this Sausage and Egg Pie family-style as a centerpiece for your Acadiana table. 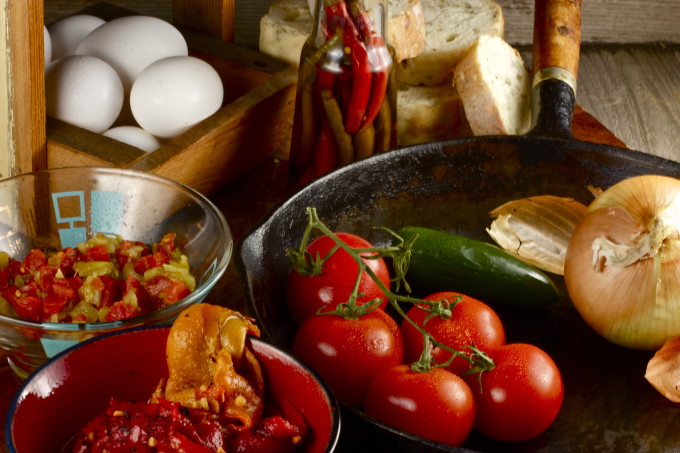 Simple, yet colorful ingredients used in my Sausage and Egg Pie recipe.

Chaurice Sausage and Egg Pie
Print
Prep time
1 hour
Cook time
1 hour
Total time
2 hours
Recipe by: George Graham - AcadianaTable.com
Serves: 4
Ingredients
Instructions
Notes
If the only raw sausage you find is linked in the casing, not to worry — just squeeze it out. I use a 10-inch black iron skillet that is 2 inches deep. With a larger skillet, you can scale this recipe up for more servings.
3.2.2708 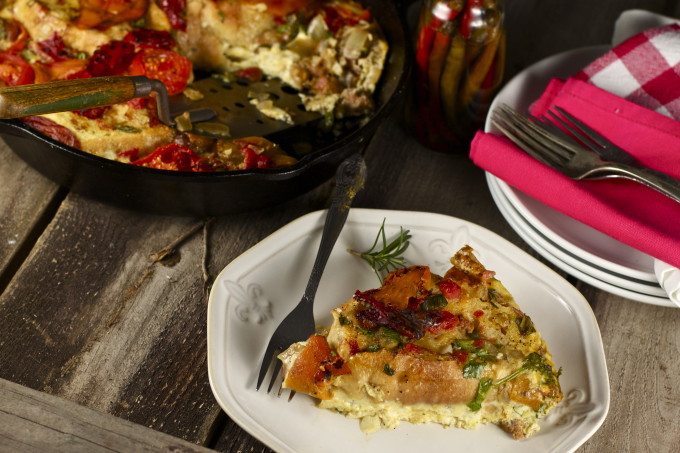 Sausage and Egg Pie – a slice of Cajun cooking at its best.