In South Louisiana, celebrations abound on the weekend before Mardi Gras, but one party just keeps on going year-round.  And this Blackened Bloody Mary cocktail pays tribute to one Cajun lady who knew how to party Louisiana-style. 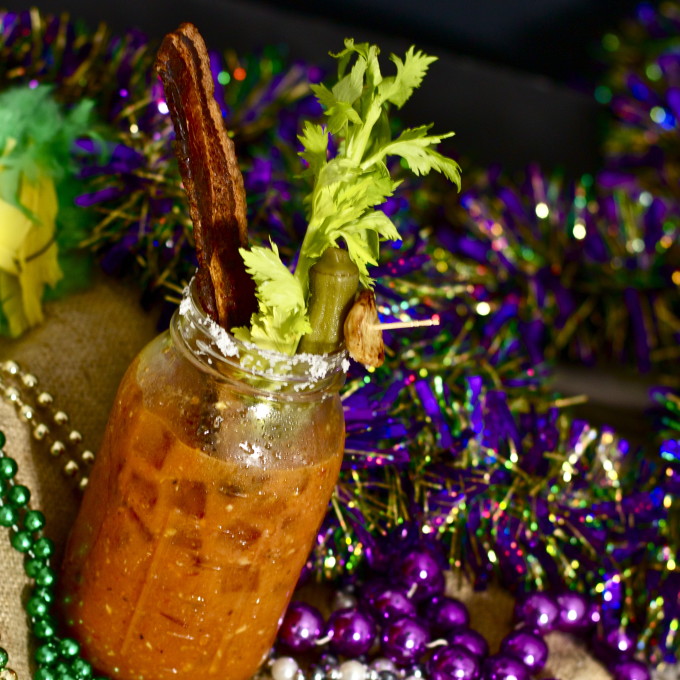 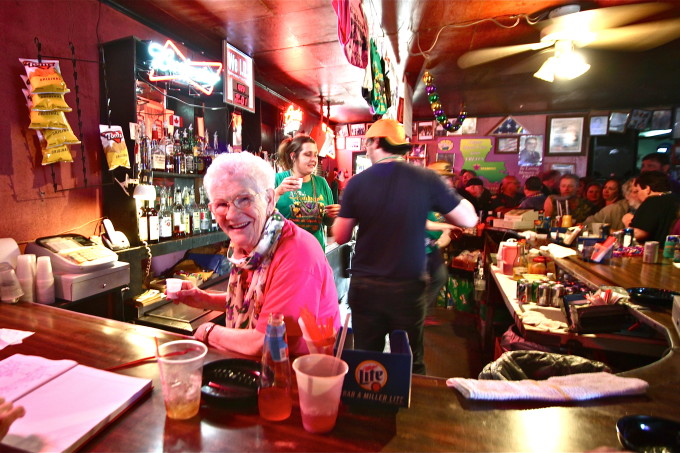 83-year-old Tante Sue shooting schnapps behind the bar at Fred’s.

Tante Sue (Fred’s widow) was holding court sippin’ her Hot Damn cinnamon schnapps from a holster strapped to her side.  Serving up Bloody Marys (the house favorite), barking out the rules (no dancing on the tables), singing with the live band (in Cajun French, of course) are all part of Tante Sue’s Saturday morning routine.  The beer-drinkin’ fun goes on until the proverbial last-call for alcohol at 2 o’clock in the afternoon and the every-Saturday ritual winds down. 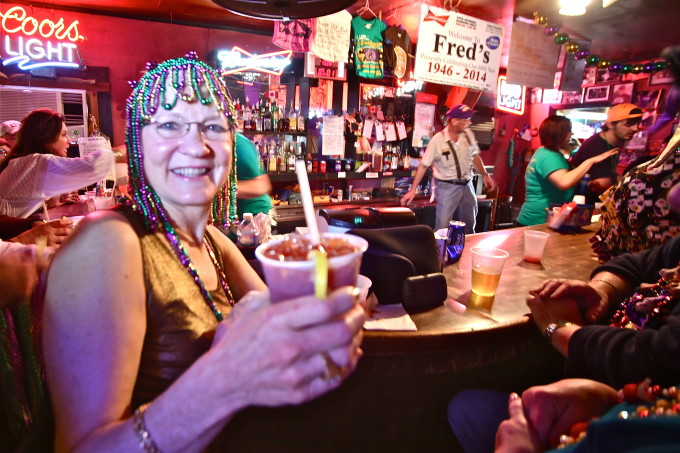 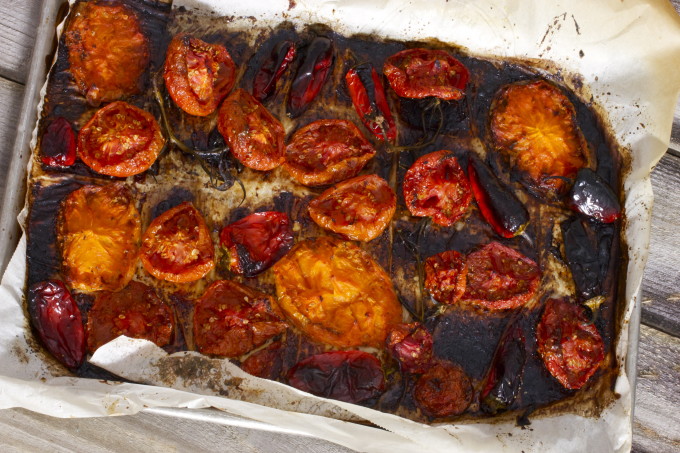 Tante Sue may not be there (she would be in her 90s now), but if she were, she would be proud.

« 5 Keys To The Perfect Muffuletta
Chicken and Smoked Sausage Gumbo »