When I saw the large artichokes stacked high at the produce stand, I knew in an instant that crabmeat-stuffed artichoke would be the perfect dish for a summertime appetizer.  It was time to get stuffing. 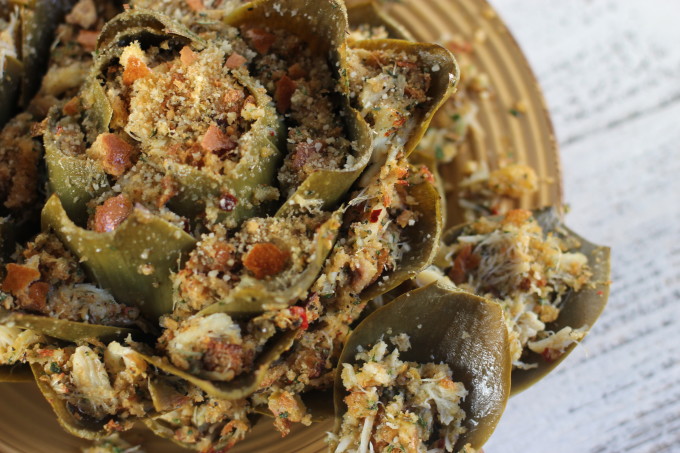 Though hardly Cajun, globe artichokes are actually a cultivated variety of thistle.  But, in the hands of an adventurous cook, the clean crisp flavor of an artichoke is the perfect vessel for culinary exploration.  In Louisiana, stuffing artichokes is a uniquely New Orleans thing.  At the close of the 1800s, boatloads of Sicilians came into the city and coastal South Louisiana along with many immigrants from Catholic Mediterranean countries.  They brought their customs and beliefs along with a treasure trove of recipes.  While the artichoke is not typically known as a French Acadian delicacy, it has found its way into the playbook of many Cajun cooks with unique variations on the stuffing. 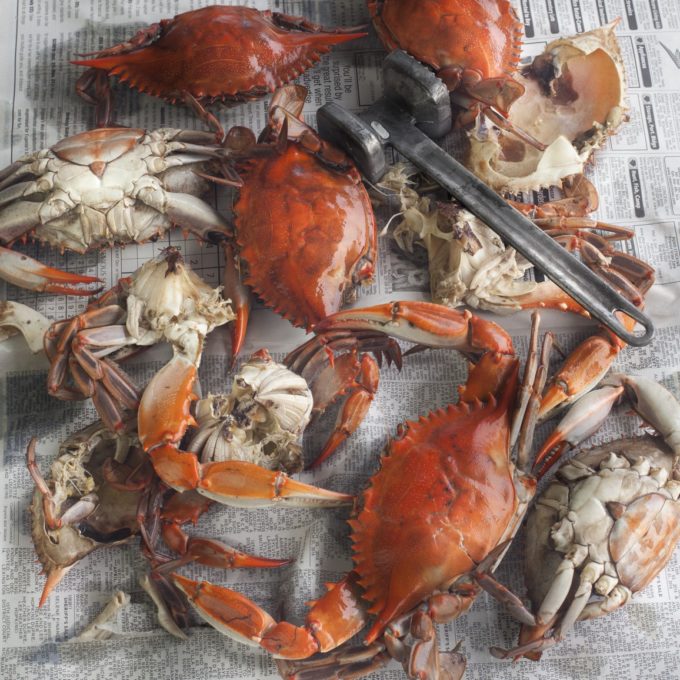 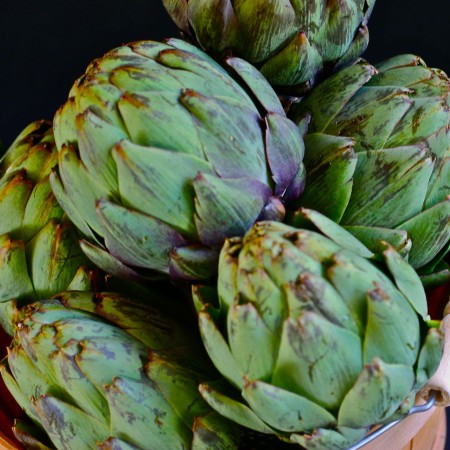 Artichokes at the market

4.8 from 6 reviews
Crabmeat-Stuffed Artichoke
Print
Cook time
30 mins
Total time
30 mins
Recipe by: George Graham - AcadianaTable.com
Serves: 2
Ingredients
Instructions
Notes
My recipe is for one artichoke, but I suggest making several because they will go fast and are just as good – or maybe even better – days later. In addition to the fresh Louisiana crab, two keys to this appetizer are sourcing quality, exceptionally large artichokes and using lots of herbaceous extra virgin olive oil. Also, be sure to let the stuffed artichoke sit for a while, if not overnight, before serving to distribute the flavors within the leaves.
3.4.3177
YOUR SEAT AT THE TABLE:  If you like this Louisiana cooking story and recipe then accept my personal invitation to subscribe by entering your email at the bottom or top right of this page.  It’s quick and painless.  You will receive an email alert and be the first to see when new stories and recipes are added.  Thanks, George.
« Blue Plate Corn on the Cob
Beef and Broccoli with Jasmine Rice »