There is an area just west of Lafayette, Louisiana that is known for its German heritage. Roberts Cove is at the center of it, and it is home to a long lineage of German immigrants who settled the Acadiana prairie in 1880.  This was a little over a century after the French Acadians found their way to South Louisiana, having been expelled from the Canadian province known as Acadie.  Over time, the Germans married into the French families of the region. And the two culinary cultures combine in today’s recipe for Smoked Green Onion Sausage and Creole Red Onions – a German Cajun classic. 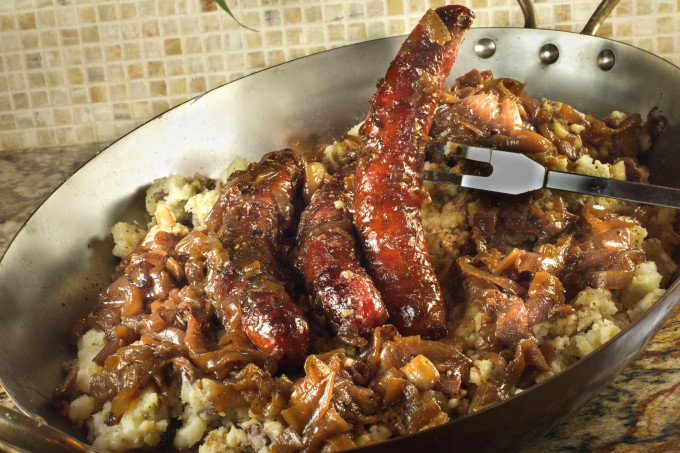 In my recipe for Smoked Green Onion Sausage and Creole Red Onions, spicy Savoie’s sausages nest on a bed of griddled onions and beer gravy that is a German Cajun recipe. (All photos credit: George Graham)

My longtime friend John Schneider was one of them.  Before his passing in 2021, John would tell you that he is Cajun through and through, having been raised in a large French-speaking family in South Louisiana. But, as is plainly obvious, the surname Schneider is not exactly of French ancestry. John was a Cajun of German heritage.  Names like Hensgens, Nickel, Zaunbrecher, and Schneider are now familiar Cajun names, and over time, this cross-cultural gumbo of heritages has added color and spice to our unique culture. 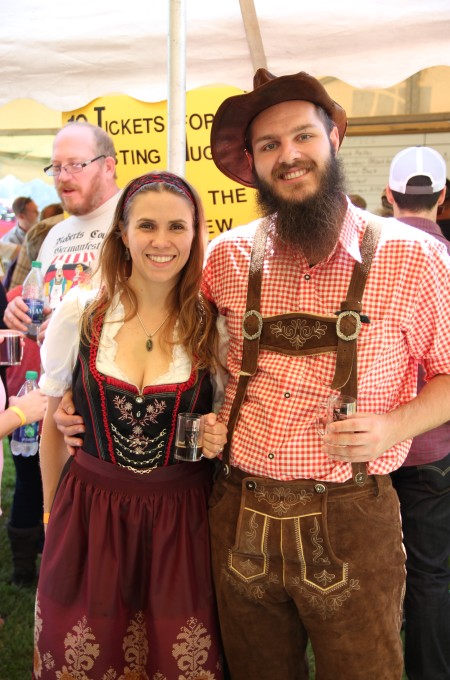 The German heritage of South Louisiana is a rich and colorful part of its history.

The Acadiana foodways have been impacted by the German influence as well. Our sausage-making and smokehouse culinary culture is due to the many skilled German artisan butchers who settled in the northern parts of Acadiana as well as further east in St. Charles Parish near New Orleans.   Many of our familiar sausages and methods of cooking with smoked meats are due to this German influence.  Sausage-makers stretch across Acadiana, and many of these artisans have become known for a prized link that locals are passionate about.  And it’s common for locals to argue over who has the best link. 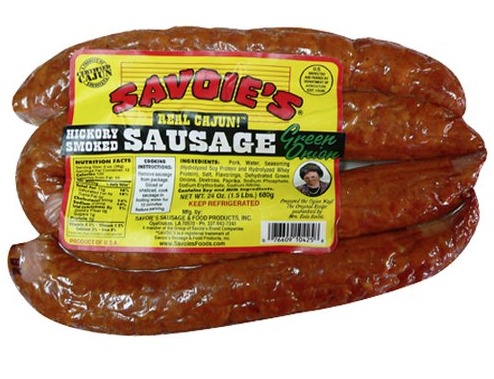 Savoie’s smokes their pork sausage after infusing it with the flavor of green onion. It’s the best around.

One of the highest quality regional sausagemakers is Savoie’s Foods, and their smoked sausage is Certified Cajun; I always keep several packages of their green onion pork sausage (my favorite) in my freezer. Ms. Eula Savoie started this Cajun food company over 60 years ago from a little corner grocery in Opelousas, Louisiana. It has grown to be one of the premier Cajun food companies, and you would be hard-pressed not to find their products in almost every Cajun kitchen. Cajun cooks connect with the quality, history, and cultural significance of this respected brand. 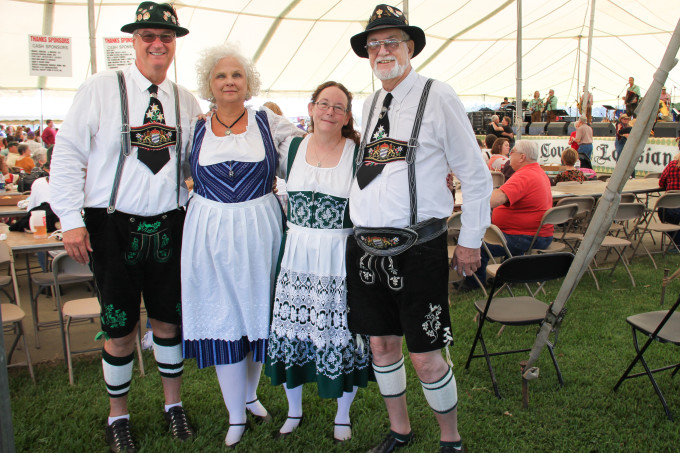 Germanfest is a testament to the proud German heritage of Roberts Cove, Louisiana.

Years ago, the German influence on the region had all but disappeared due mostly to intermarriage but also due to World War I.  During the war years of the early 1900s there was much anti-German sentiment in rural Louisiana.  The state legislature passed a law which made all expressions of German culture and heritage, especially the printed or spoken use of the German language, illegal throughout Louisiana. Those days are over now, and the pride of German heritage lives on.  During the first weekend of October (October 1 and 2, 2022), the community of Roberts Cove celebrates Germanfest, a colorful event featuring food, music, and dance of the region.

Willkommen to my Acadiana Table. 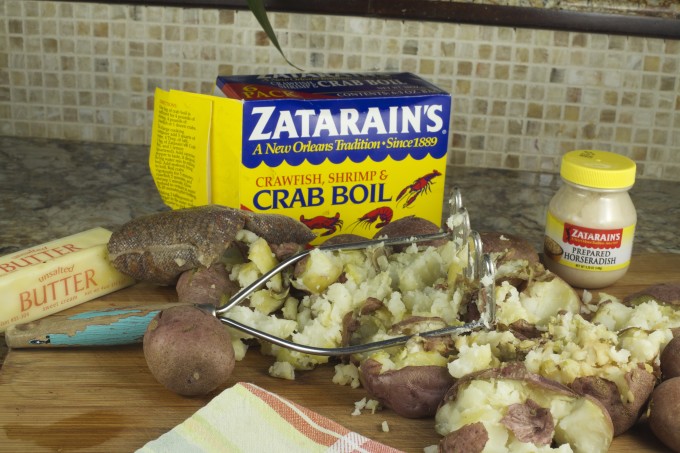 A double dose of crab-boil seasoning and horseradish spike flavor in these potatoes that are the perfect foundation for my Smoked Green Onion Sausage and Creole Red Onions.

5.0 from 2 reviews
Smoked Green Onion Sausage and Creole Red Onions with Beer Gravy over Crab-Boiled Smashed Potatoes
Print
Prep time
15 mins
Cook time
45 mins
Total time
1 hour
Recipe by: George Graham - AcadianaTable.com
Serves: 4
Ingredients
Instructions
Notes
I find the Savoie’s Smoked Green Onion Pork sausage at many Acadiana-area supermarkets, and you can buy it online at Savoie's online shop but feel free to use any quality, smoked sausage. I found Creole red onions (a sweeter variety) at a local farmer’s market, but feel free to use traditional red (purple) onions or even sweet Vidalia onions. Crab boil is readily available in Acadiana, but you can replace it with a ¼ cup of Cajun seasoning added to the water.
3.5.3217 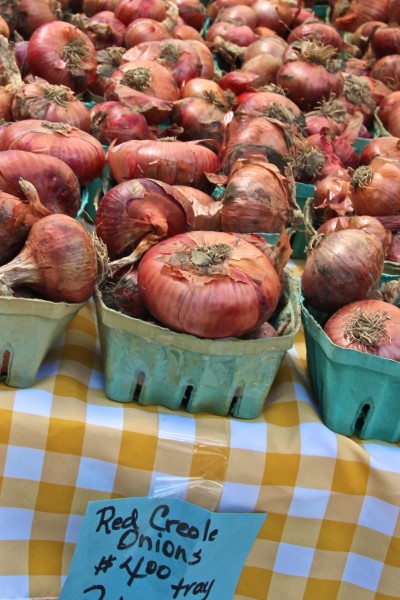