Paul Prudhomme, the legendary chef most responsible for the worldwide popularity of Cajun and Creole cuisine, passed away in 2015. In tribute to him, this shrimp Creole recipe and story celebrates his legacy that lives on in the black iron pots of our precious foodways he so dearly loved and helped preserve. 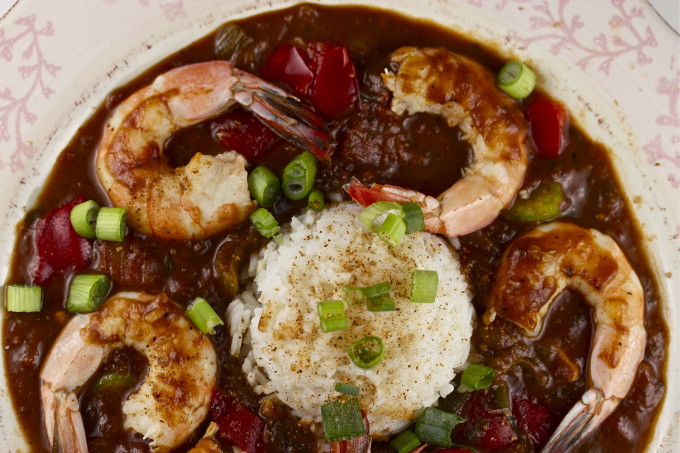 Opelousas, the center of St. Landry Parish, was home to Paul Prudhomme, one of the most beloved figures in Louisiana cooking and I believe his talent and influence have been the key to establishing Cajun and Creole as a significant culinary category.  Prudhomme was the master of artfully weaving the simplest ingredients and elevating them through layering of flavors.  And his recipe for Louisiana Shrimp Creole is a prime example.

In my book, he is the undisputed “King of South Louisiana Cooking.”

I met Chef Paul in the 1980s at the Acadiana Culinary Classic, an annual competitive showcase of South Louisiana cooking talent.  I instantly became a fan.  He came onto the culinary scene swiftly as head chef of New Orleans’ restaurant Commander’s Palace and soon became an icon of Louisiana cooking.  He essentially defined Cajun and Creole cuisine to the world and paved the way for many Louisiana chefs to follow.

I first made an adaptation of Prudhomme’s recipe for Louisiana Shrimp Creole over twenty years ago, and I haven’t sampled a more balanced and flavorful interpretation of this classic.  I’ve tinkered with the original in ways that stay true to his philosophy yet aspires to an even greater flavor profile.

There are several keys to this Louisiana Shrimp Creole built on Prudhomme’s foundation of briny Louisiana Gulf shrimp, a pungent shrimp stock and light brown roux.  From there, layers of sautéed vegetables and peppery spices add structure that when combined with the sweet acidity of the ripe tomatoes, meld to create a rich Creole depth of flavor.

I believe Chef Paul would be proud of the results. 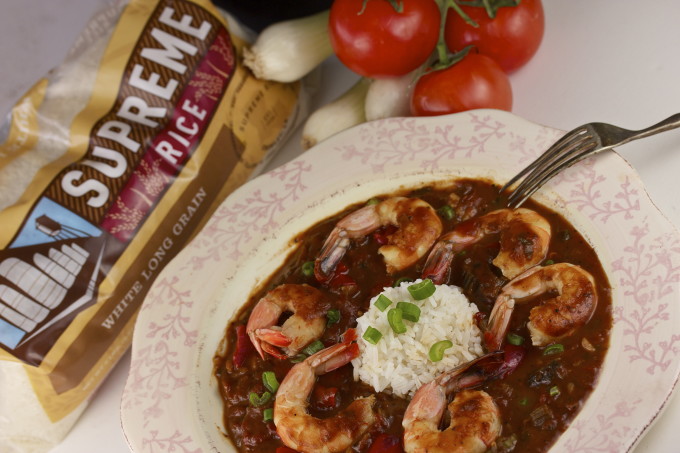 Louisiana Shrimp Creole with a perfect balance of peppery flavors.

4.8 from 5 reviews
Louisiana Shrimp Creole
Print
Prep time
45 mins
Cook time
90 mins
Total time
2 hours 15 mins
Recipe by: Adapted from Chef Paul Prudhomme
Serves: 6
Ingredients
Instructions
Notes
Be sure to find fresh jumbo shrimp and juicy, ripe tomatoes — two keys to this dish.
3.5.3217
YOUR SEAT AT THE TABLE:  If you like this Cajun cooking story and Cajun recipe then accept my personal invitation to subscribe by entering your email at the bottom or top right of this page.  It’s quick and painless.  You will receive an email alert and be the first to see when new Cajun cooking stories and Cajun recipes are added.  Thanks, George.
« Smoked Green Onion Sausage and Creole Red Onions featuring Savoie’s Sausage
Shredded Short Rib Sandwich »